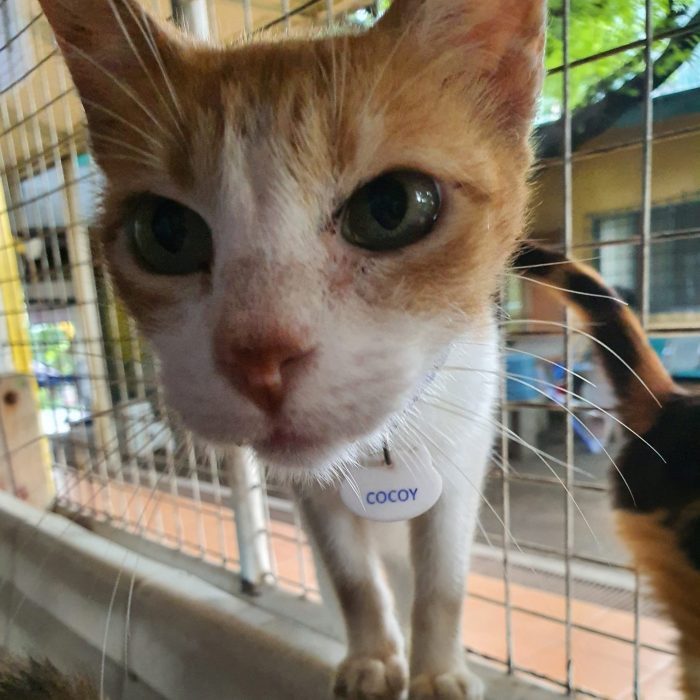 Cocoy was part of a feral colony spotted near the shelter. As one of the smaller more vulnerable members of that crew, he was taken in so our shelter vet could check his sniffles. Thankfully, a volunteer was willing to foster Cocoy until he recovered.

Five years later, he is now one of the friendliest residents of the Cattery. We like to imagine he is coming out to greet visitors, and tell them about the importance of the shelter’s rescue and fostering programs.

As one of our more congenial cattos, Cocoy would fare well in any type of home setting. What matters here is that Cocoy chooses you, first. 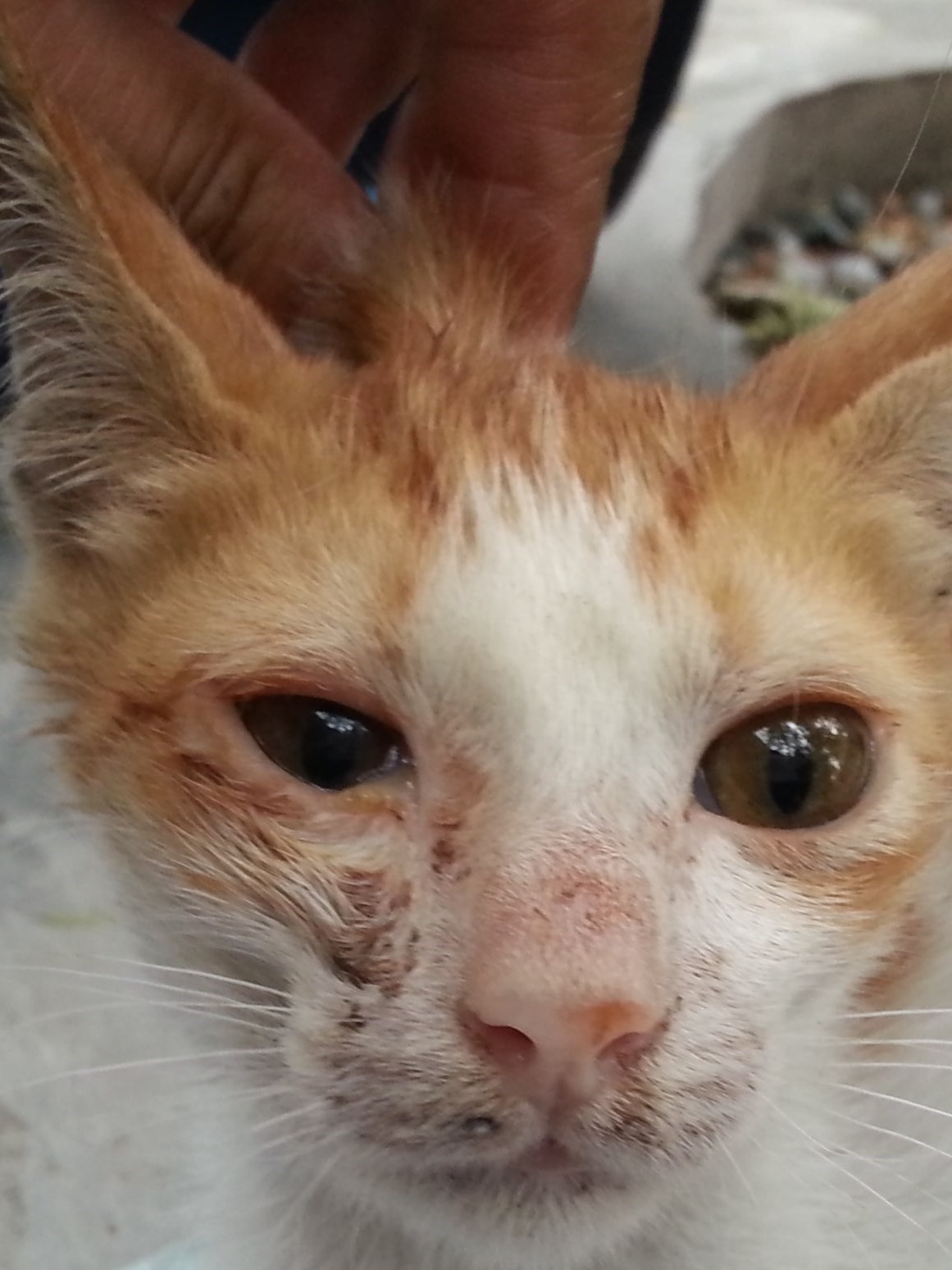 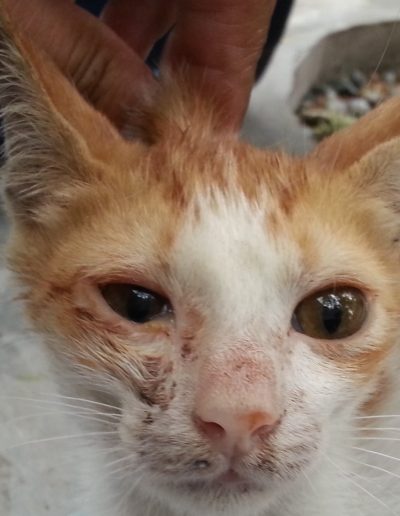 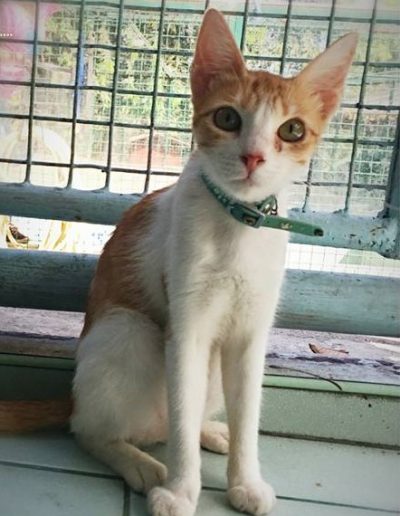 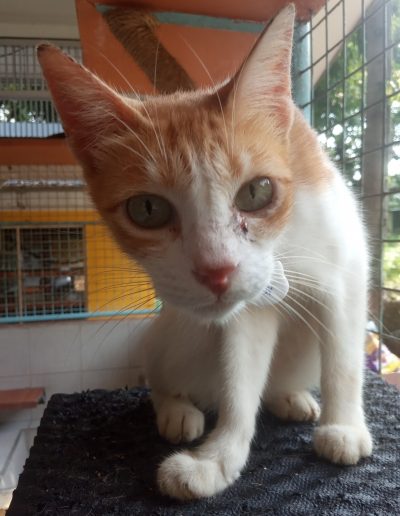 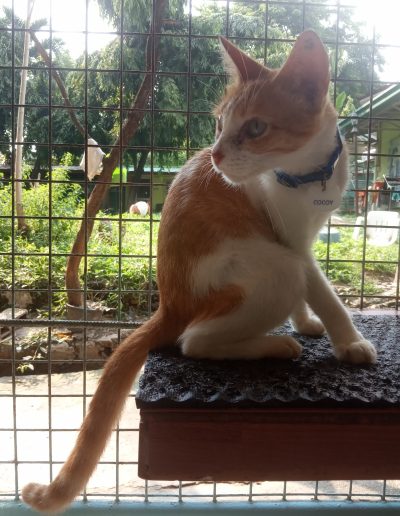 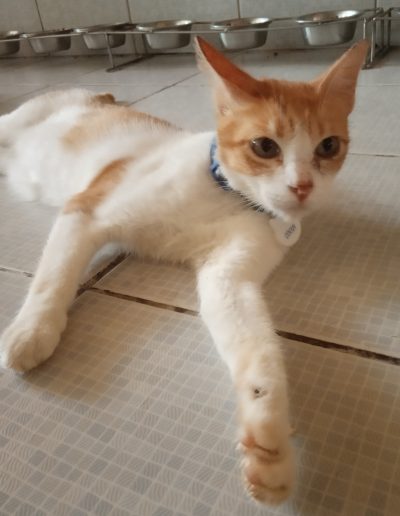 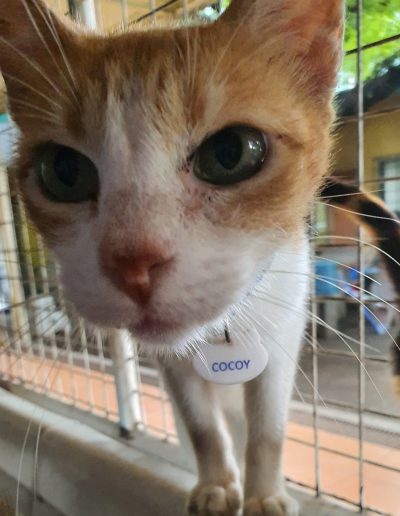