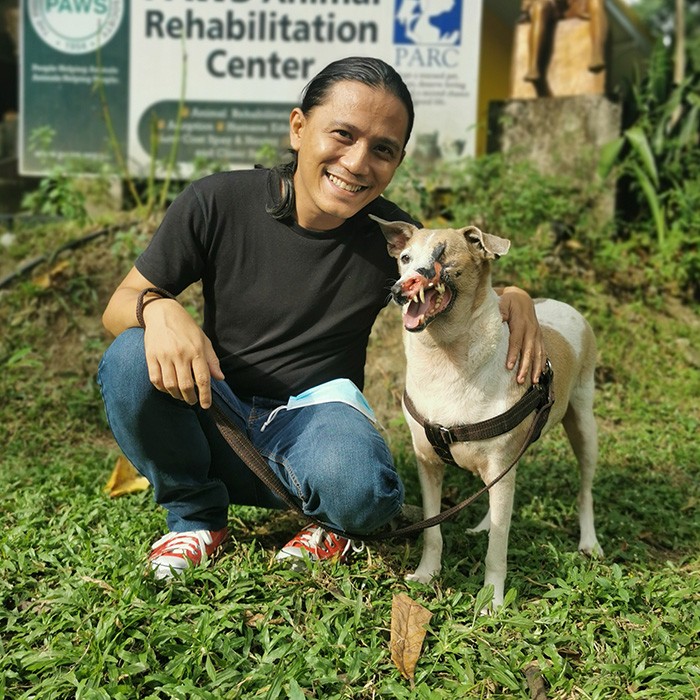 Dolores used to live in beautiful Boracay, getting by on food scraps left behind by tourists, and enjoying a carefree existence. That is, until someone decided to throw boiling oil on her face. This cruel act left her with half a face — everything on the left side is completely disfigured.

Thankfully, many came to her rescue. A vet performed first aid treatment until she could get transported to Vets In Practice in Mandaluyong, where she was treated for 4 months. She was aptly named Dolores, which means “aches” or “sorrows,” because of all the pain that she had to endure.

Now in a foster home, her healing continues but she is once again the carefree, affectionate dog that she once was.

Dolores hopes to find a family that will be prepared to give a big cuddlebug like her plenty of lap time and belly scratches. She is an affection hog, and doesn’t like to share with other dogs. Her wound is quicky healing, but still needs regular cleaning. She doesn’t mind it though, cause she is one brave girl! 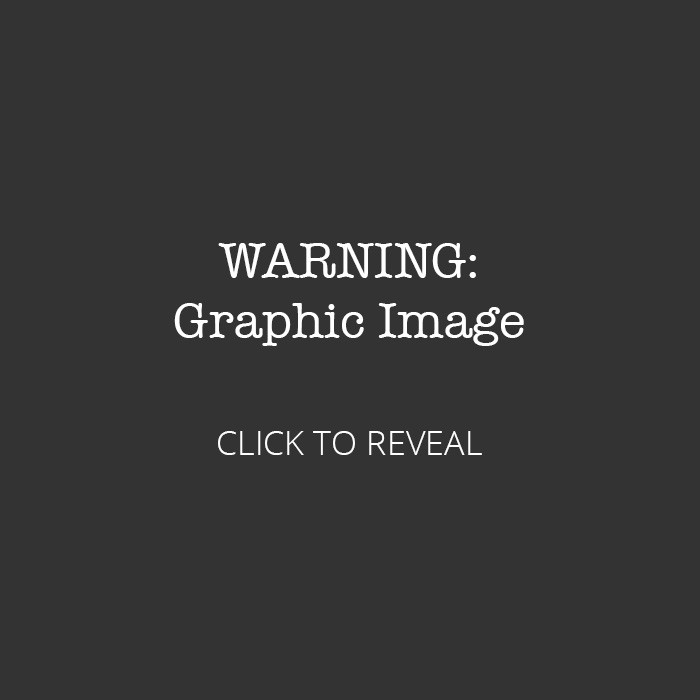 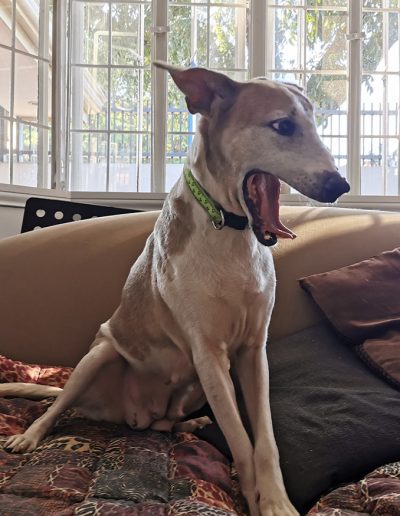 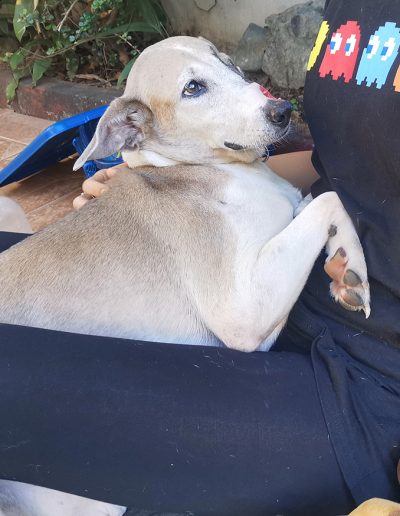 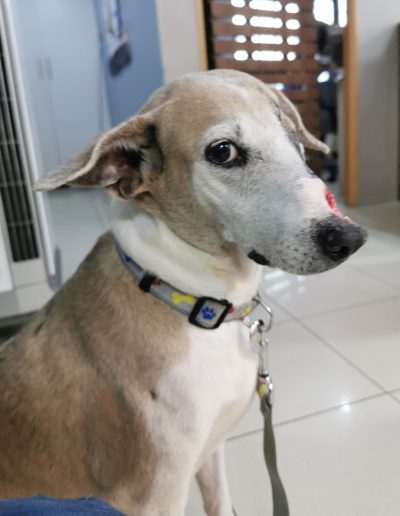 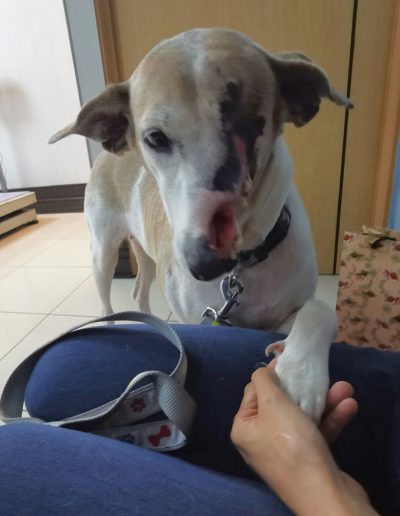 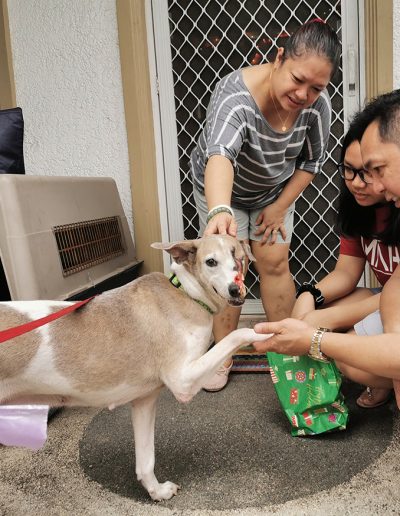 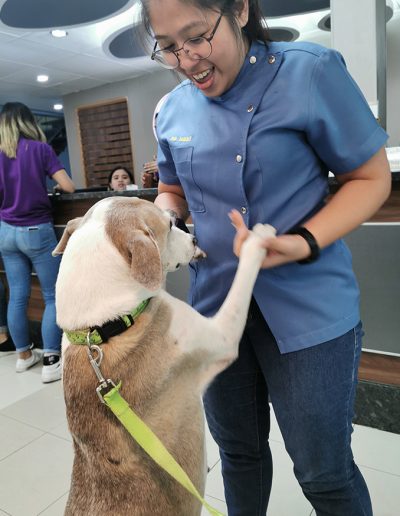