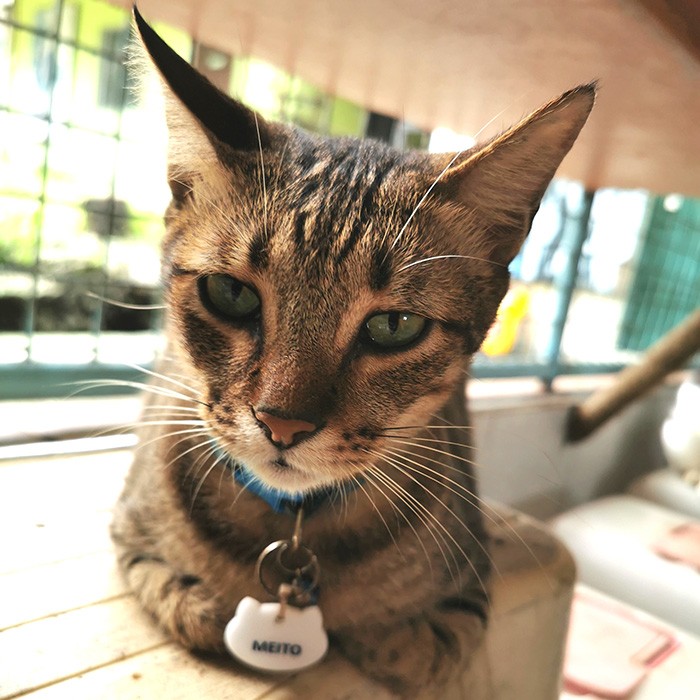 Meito, affectionately nicknamed Mr. Bubba, was a skinny kitty with a darker coat of fur. He could be easily missed in the streets, even by his own mother. Things changed quickly however, once he had become situated in his new home. His time in feline quarantine had left him craving for affection, and he isn’t afraid to show it.

This trait, and his handsome coat of fur, made him an immediate favorite with passing parties and the PAWS Valentine’s program. Even now, nearly 3 years after his initial rescue, he is one of the first to greet visitors at the cattery. He eagerly waits for his next playmate to visit, and that could be you!

Meito is a healthy cat with no special requirements, asides from his need for plenty of love and attention. He may adjust to having other cats around, but would prefer to be a solo pet. 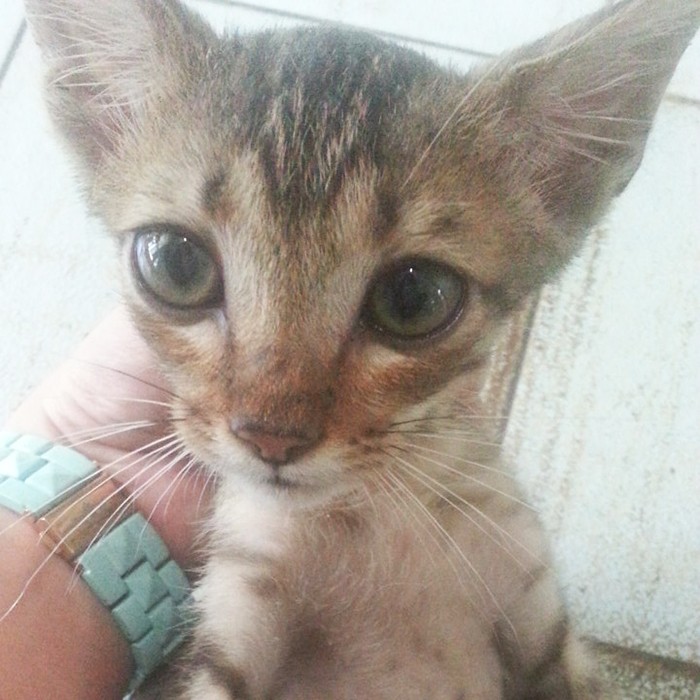 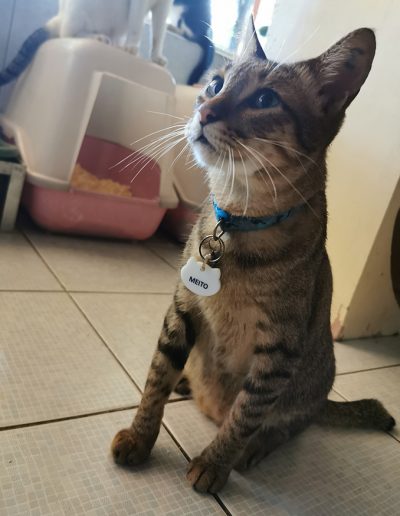 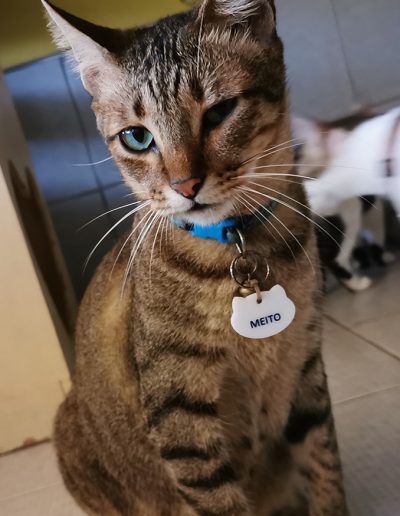 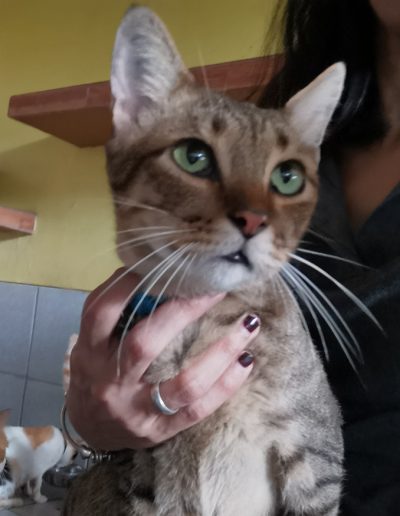 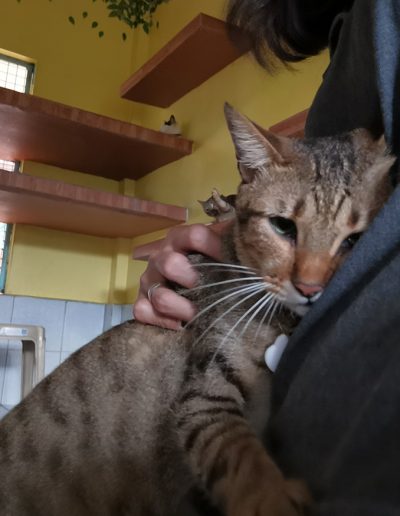 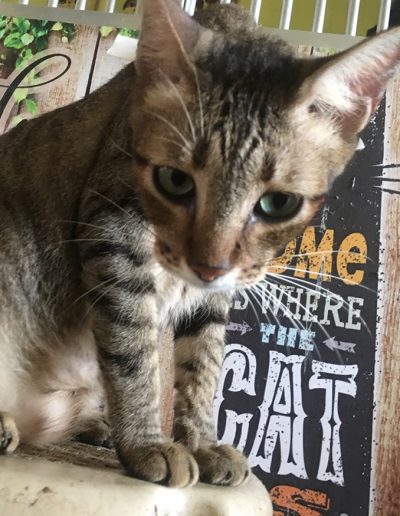 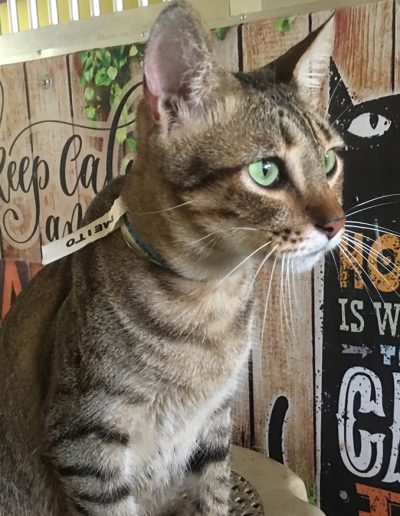