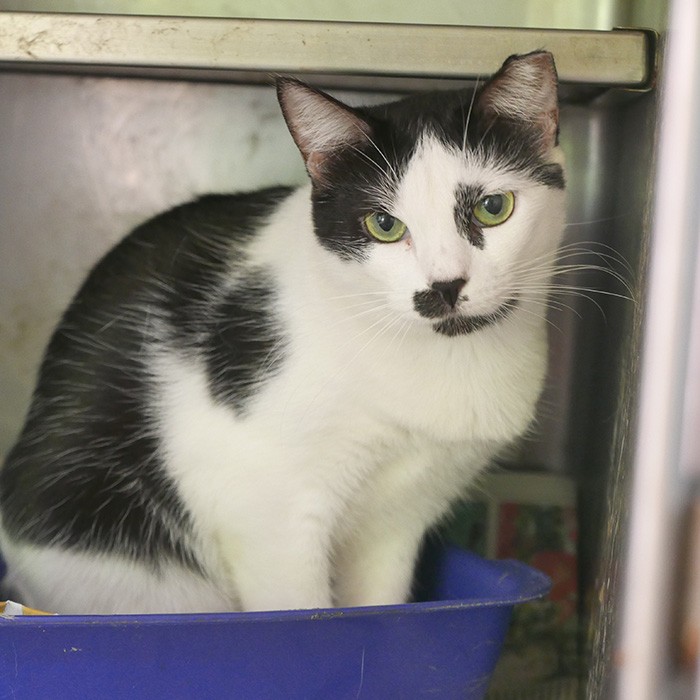 Named after the inventor of the escalator, Seeburger had a similar propensity for curiosity and exploration. Though, just as the saying goes, curiosity kills the cat. Seeburger had somehow become trapped under the light rail transit hub’s escalator. We can only speculate how long the intrepid little feline had been stuck there, beneath hundreds of passerby’s notice.

Finally, someone reported a meowing coming from within the escalator itself. Seeburger was rescued by long time PAWS volunteers Stef and Fred. Now fully recovered from the ordeal, Seeburger is still just as curious as ever.

Seeburger is plenty friendly with other cats, but will take some time to warm up to people. He needs someone with the patience and dedication to earn his trust. 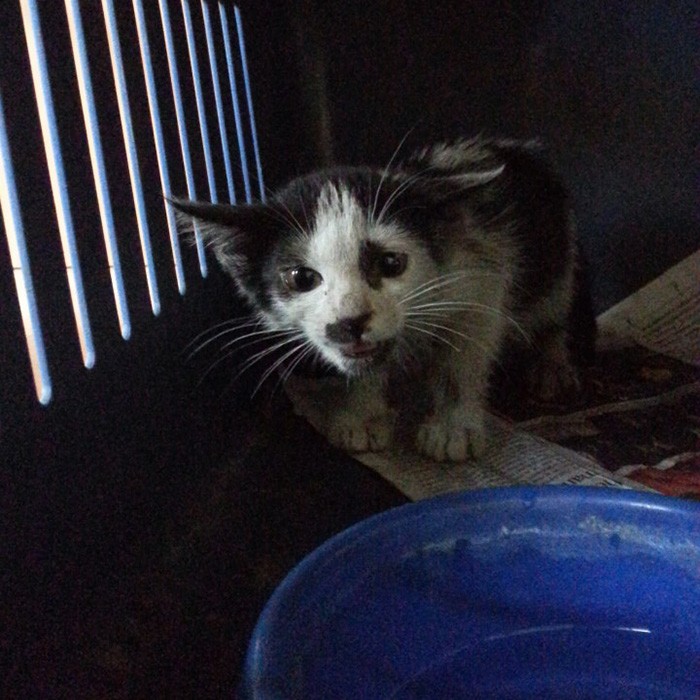 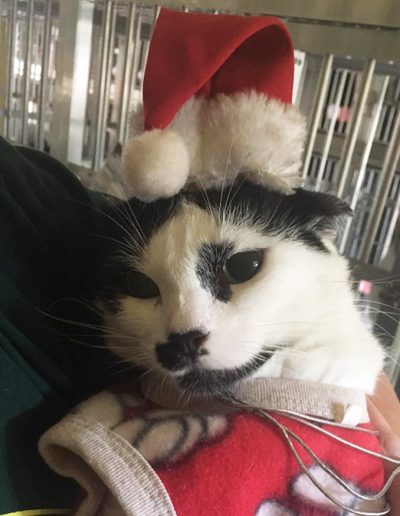 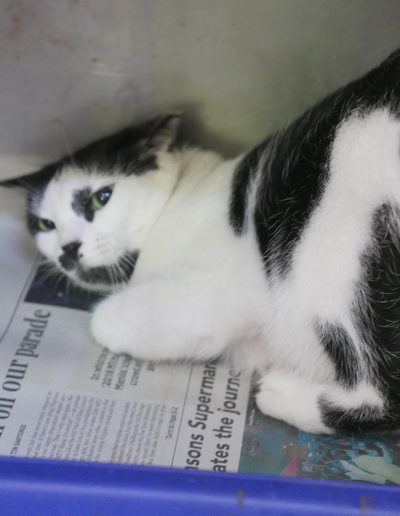 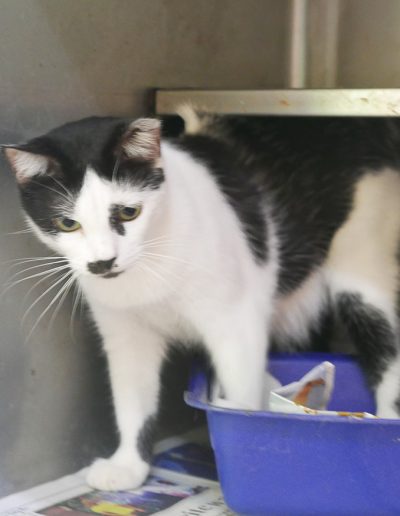 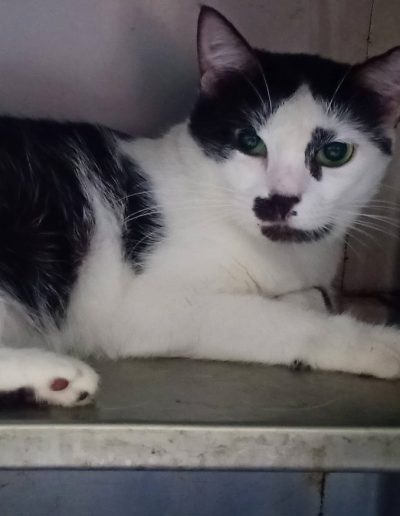 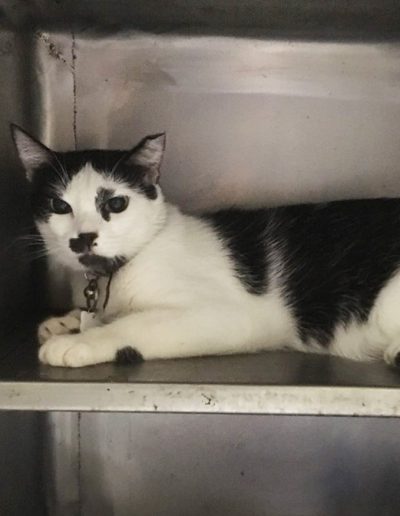 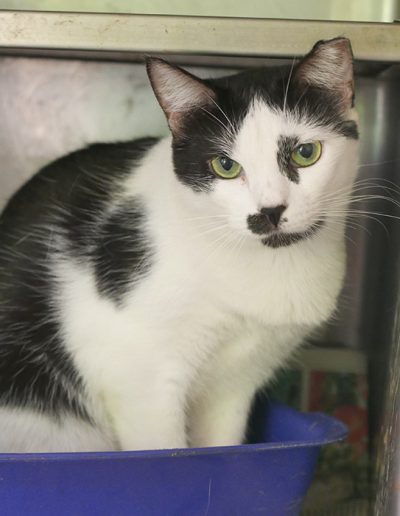