Man Up and Neuter!

The Matsunaga siblings are the latest spokespersons for The Philippine Animal Welfare Society to promote “spay and neuter” or “kapon” of companion animals. The ads, shot by photographer Roy Macam, feature actor Daniel Matsunaga with neutered dog Sumo and model Vanessa Matsunaga with spayed poodle Carly.

Spay-Neuter of pet dogs and cats is done by a licensed veterinarian to keep the animals from reproducing. Having pets fixed is currently not a popular practice among Filipino pet owners and animal lovers. However, this procedure is actually the main solution to the problem of pet overpopulation which directly contributes to the growing number of stray animals. Cases of injured and malnourished dogs & cats on the streets can be prevented if pet owners spay or neuter their pets.

Daniel and Vanessa unveiled the ads for the media at Sobremesa, a pet-friendly restaurant they co-own together with Chef Benjo Tuason located at The Sapphire Bloc in Ortigas City.

The Matsunagas are animal lovers who can attest to the benefits of spay-neuter for their pets. Says Vanessa, “It was total chaos in our house before our Alaskan Malamutes were spayed and neutered. They would get into fights and they would mark (urine marking) everywhere. We read up on spay/neuter and we learned about its health benefits for our pets – like the prevention of mammary tumors and pyometra for female dogs, and the prevention of testicular cancer and prostate disease for male dogs.

After they had their dogs spayed & neutered, Vanessa noted that their house became much more peaceful – no more fights among their dogs and no more urine spraying.

PAWS Executive Director Anna Cabrera says they are glad to finally have celebrities speaking up on the issue of spay-neuter. “One of the reasons that ‘kapon’ is unpopular in the Philippines is the prevailing mindset of Filipinos that it is harmful to the animal and that it makes male pets less masculine and female pets less feminine as they can no longer reproduce.”

Cabrera explained that the surgical procedure is done on the animal while it is under general anesthesia so the animal does not feel pain. A few hours after the procedure, the dog is already up and about. He will no longer experience the discomfort of going into heat or, in the case of male dogs, they will no longer become stressed whenever they would smell a female in heat. Fixed animals also become less aggressive and live longer, healthier lives.

”We’re so happy that two of the entertainment industry’s most beautiful personalities have agreed to help debunk the myth that pets lose their masculine appeal and become less sexy when they are spayed or neutered“, Cabrera said. “Real manliness comes from being responsible and that is why there is a call to ‘Man up!’ for pet owners to do the responsible thing and neuter their pet.”

Appearing in the ad with Daniel is their famliy’s 8-year old dog Sumo, who recently passed away.
“Sumo was our first alaskan malamute whom we got from a breeder who allowed in-breeding. One of the reasons why Sumo had inherent genetic issue was because his parents are half siblings,” says Daniel. “We had Sumo neutered because we did not want him to reproduce as he already has physical problems because of the in-breeding.”

Daniel further adds that it is a misconception that only aspins or puspins (native dogs and cats) need to be spayed or neutered. “Purebreed dogs need to be fixed as well. Aside from the health benefits, it is especially important to prevent your dogs from reproducing when you know you cannot take care of the puppies.”

PAWS is hopeful that this campaign will encourage more people to spay-neuter their pets, put the spotlight on the role of responsible pet ownership in reducing the number of strays and improve the general situation of animal welfare in the Philippines.

Daniel and Vanessa also posed with shelter dogs Clifford and Tiny Tim in a another ad to encourage people to adopt from the PAWS Animal Shelter.

PAWS thanks the other members of the team who generously donated their time and talent in creating the campaign materials — Alyanna Martinez (Stylist), Jigs Mayuga (Make-Up), Justine Navato (Hair) and Elmer Pueblo of Archetype Production Design and Newton Studio.

Both procedures are widely promoted by animal welfare organizations all over the world to help solve the problem of pet overpopulation. 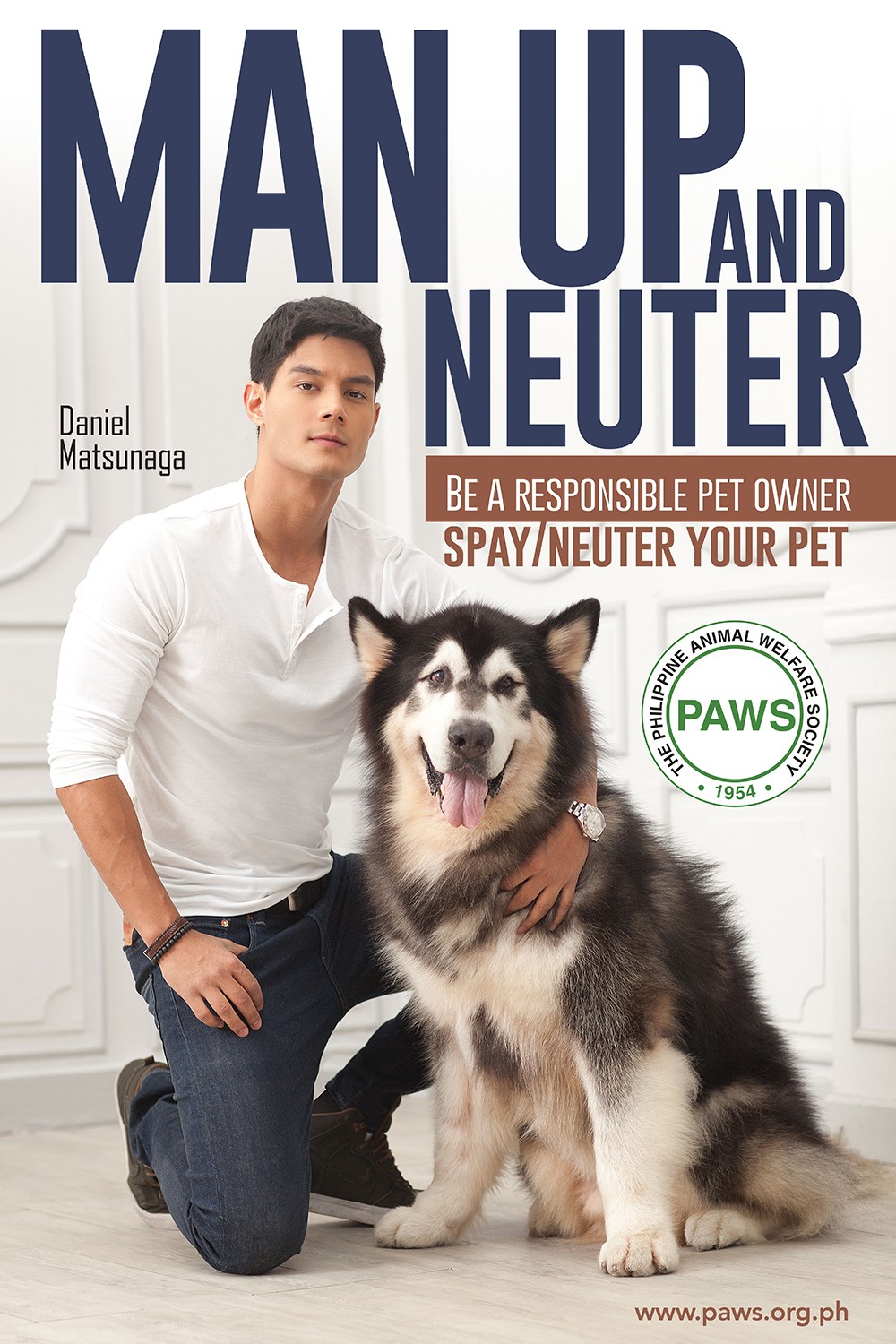 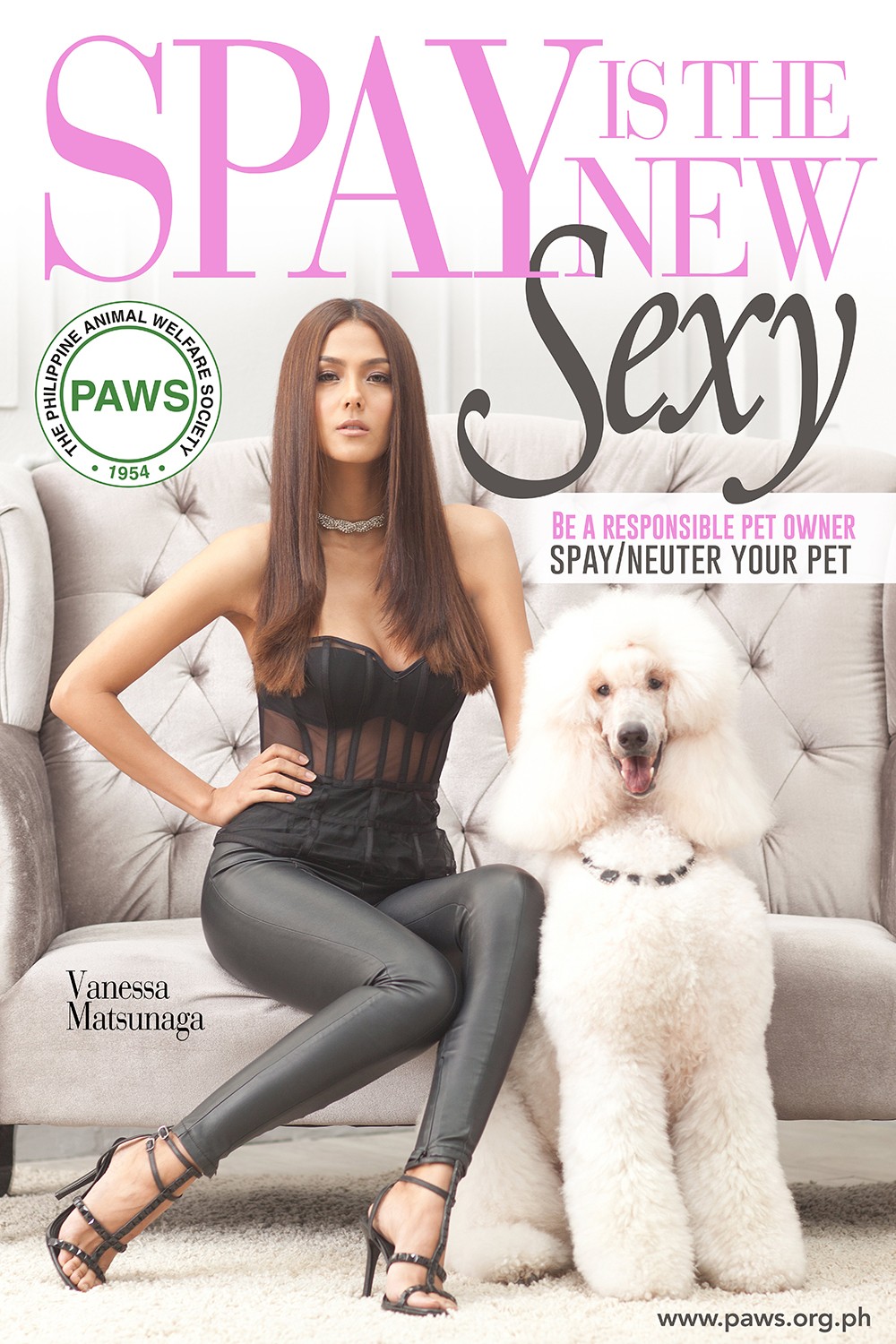